Bugs in the Mail?!

Well, it is either that or a whole bunch of screws for MacBook keyboards…

National Cybersecurity Awareness Month 2020 NCSAM 2020: Do Your Part. #BeCyberSmart. Now in its 17th year, NCSAM continues to raise awareness about the importance of cybersecurity across our Nation and ensure that all Americans have the resources they need to be safer and more secure online. We’d like to welcome and thank those of you joining us for the first time as well as those who have taken part in the past. Every year, NCSAM […]

source: https://www.bleepingcomputer.com/news/security/thanos-ransomware-auto-spreads-to-windows-devices-evades-security/ The Thanos ransomware is the first to use a researcher-disclosed RIPlace anti-ransomware evasion technique as well as numerous other advanced features that make it a serious threat to keep an eye on. Thanos first began private distribution at the end of October 2019, but it was not until January 2020 when victims seeking help for what was called then the Quimera Ransomware. As time went on, victims continued to seek help in the BleepingComputer forums for the same […]

When Apple Lies, Helpers Get Banned!

Apple tells customers that their data is gone forever if their iPhone won’t start. Ends up, that is a blatant lie, designed to get customers to buy more over-priced phones. So look what happens when an expert decides to help, and inform Apple customers:   Fight for Right To Repair

This is a video from a fellow repair shop owner about drying, and cleaning, and the difference. Because he is from NYC, there is language you might find offensive: It is important to realize that Staples and Best Buy are not in the business of repairing. They are in he business of making you buy new toys. There are no repair facilities at these locations, but they will swap out major components they order for […] 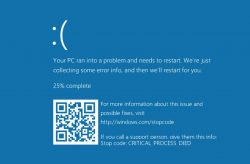 Windows Defender Gets A Faulty Update source: techradar.com Microsoft has released yet another faulty update, and this time it appears to be causing some serious issues with Windows Defender, the built-in antivirus software that comes with Windows 10. As Windows Latest reports, it appears that an automatic update, known as Security Intelligence 1.313.1638.0, which was only recently released by Microsoft, is causing Windows Defender to show error messages saying “Threat service has stopped. Restart now,” and “Unexpected error. Sorry, […]

4/13/2020 With all the chaos in the White House, here is a clear update from Department of Homeland Security: U.S. DEPARTMENT OF HOMELAND SECURITY Office of Public Affairs Weekly Update: DHS Response to COVID-19 WASHINGTON – The Department of Homeland Security and its dedicated workforce across more than a dozen offices and components are working diligently with the White House to execute an unprecedented, whole-of America response to the COVID-19 pandemic. These strategic and tactical […] 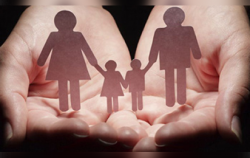 Homeland Security Investigations’s (HSI) Child Exploitation Investigations Unit maintains a close working relationship with the National Center for Missing & Exploited Children in the fight against child exploitation. One individual from the unit serves as a liaison with the center, and the unit helps disseminate information the center receives via its CyberTipline to more than 60 countries across the globe. HSI’s Child Exploitation Investigations Unit wants you to know how to prevent and report instances of child […]